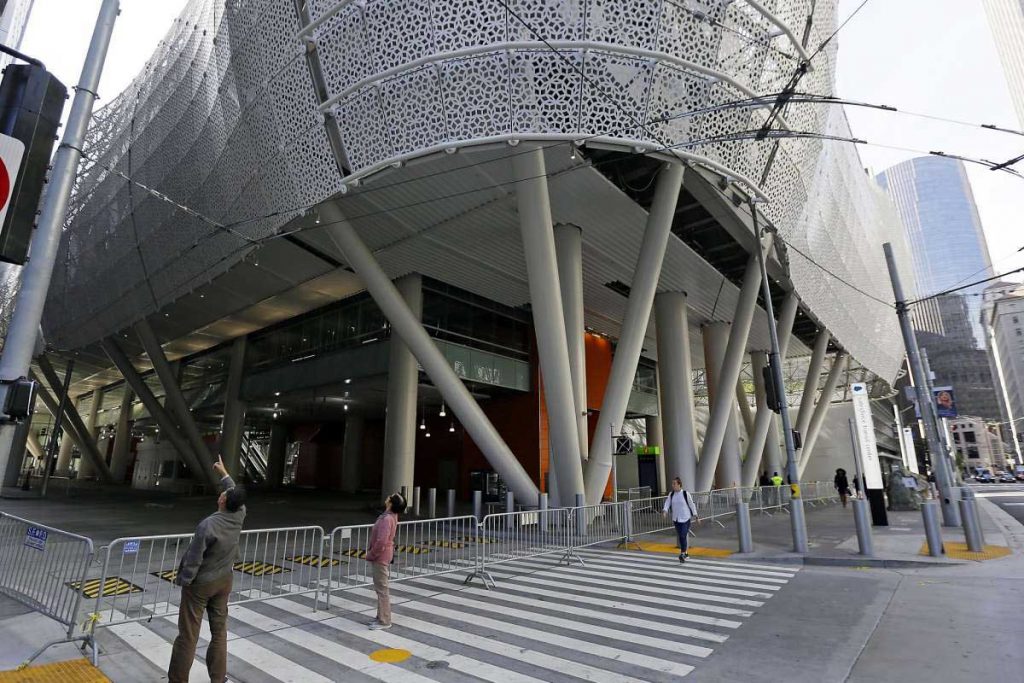 It is now official, Salesforce Transit Center and Salesforce Park are both set to reopen on Monday, July 1, 2019. The transit center closed in September 2018—just weeks after its grand opening—has completed all necessary repairs and reviews to guarantee a safe return for users and visitors.

The transit center was temporarily closed last September as a precaution after fissures were found in two beams on the third level Bus Deck at Fremont Street. Since then, the TJPA has determined the cause of the fissures, repaired and reinforced the area, conducted an exhaustive review of the facility, completed a facility-wide fire and life safety reinspection program with city and state oversight, and recommissioned the entire facility.

In October 2018, San Francisco Mayor London Breed and Oakland Mayor Libby Schaaf also asked the Metropolitan Transportation Commission (MTC) to provide independent oversight and a review of the repairs, reinforcement and the structural steel at the transit center. After this eight month independent peer review, the MTC’s panel concluded that the issue was localized to the Fremont Street location and the transit center may now reopen to the public.

“We are pleased to welcome the public back to the transit center and sincerely apologize for the inconvenience this temporary closure has caused,” said Mohammed Nuru, Chair of the Board of Directors, Transbay Joint Powers Authority. “I thank Mayor Breed and Mayor Schaaf for calling for the Metropolitan Transportation Commission’s independent review, which has now concluded. They provided thorough, proper and independent oversight. We can now reopen this critical piece of our transportation network and important source of open space to commuters, the neighborhood and the entire region.”

The transit center replaced the seismically deficient Transbay Terminal with a modern, regional transportation hub connecting transit systems throughout the Bay Area. It includes a 5.4-acre rooftop public park with free year-round events and activities, a public art program and shopping and dining. At more than one million square feet, the center stretches four blocks with four stories above ground and two stories below.

The MTC empaneled five nationally-recognized experts in steel structures, fracture mechanics and metallurgy. They reviewed and approved TJPA’s sampling and testing plan; identification of the root cause of the failure; the temporary shoring design, and the steel girder repair and reinforcement. In addition, they affirmed the designer’s findings that no other areas were susceptible to brittle fracture (found and repaired at the Fremont Street location). The panel oversaw the designer’s efforts and independently affirmed the designer’s conclusion that the transit center can now reopen to the public.

Features at the Salesforce Transit Center