Rincon Hill Dog Park is an off-leash park offering 2 fenced-in sections for large & small dogs, with benches, and water stations. The park is supported by volunteers and periodically maintained by The East Cut Community Benefit District, which is also its fiscal sponsor.

Support the park with a donation and learn more about the Yappy Hour and Clean 'n Sweep events on the park's website!
https://www.rinconhilldogpark.org/

In the fall of 2007, neighbors Marty Coressel and Josh Wolf had the idea that the two-acre CalTrans parcel on the northwest corner of Beale and Bryant Streets at the base of the Bay Bridge could be turned into a more functional strip of land for the neighborhood. Marty and Josh founded the Bay Bridge Base Beautification Group (also known as the B4 project). The corner had been used for surface parking in the past, but concerns about potential acts of terrorism at the base of the San Francisco-Oakland Bay Bridge left the land fenced and overtaken by weeds. Now, it's a gorgeous park for dogs and their caretakers. It's a place where dogs spend time running around and relaxing and the people who support them make friends. 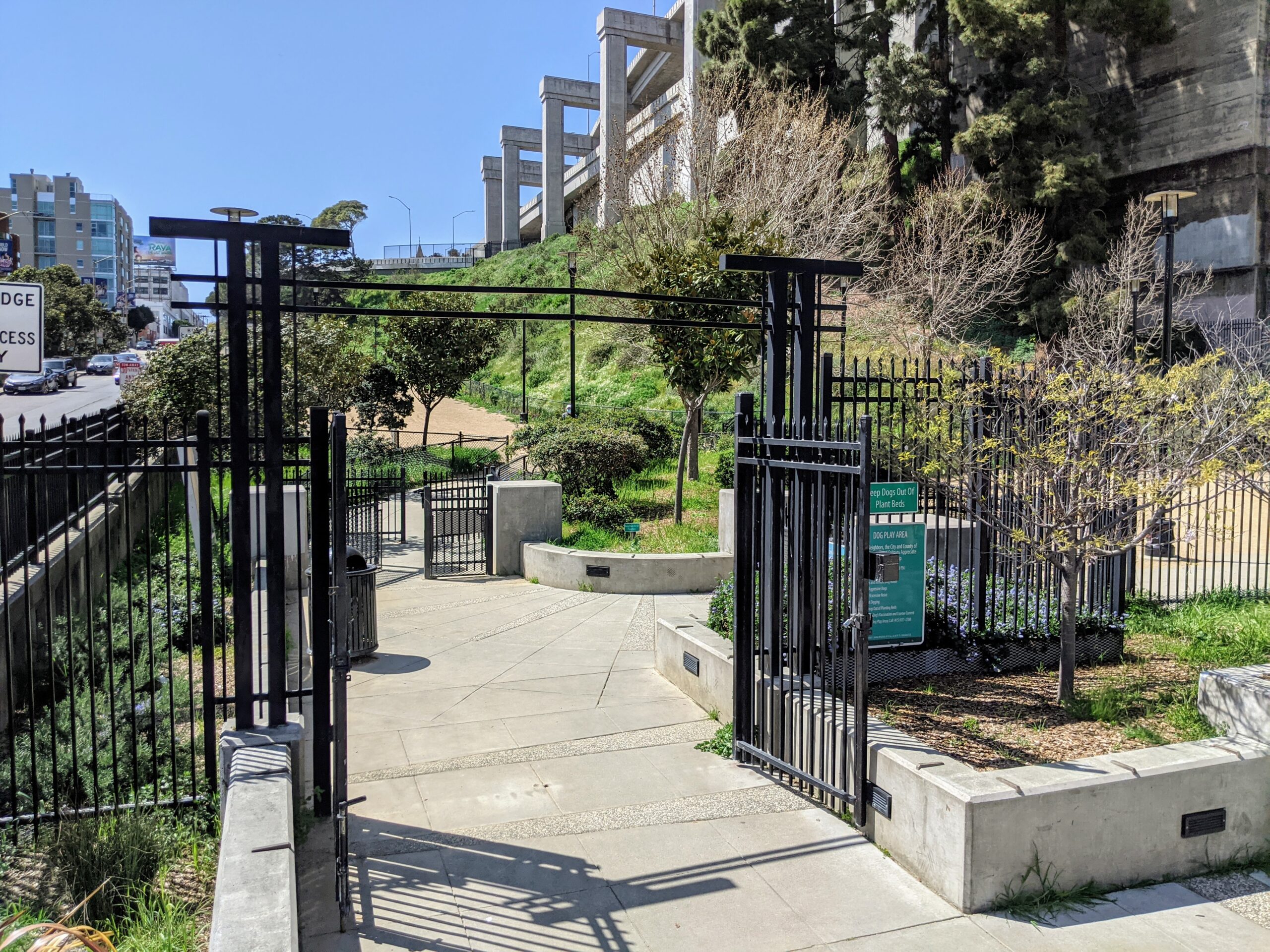 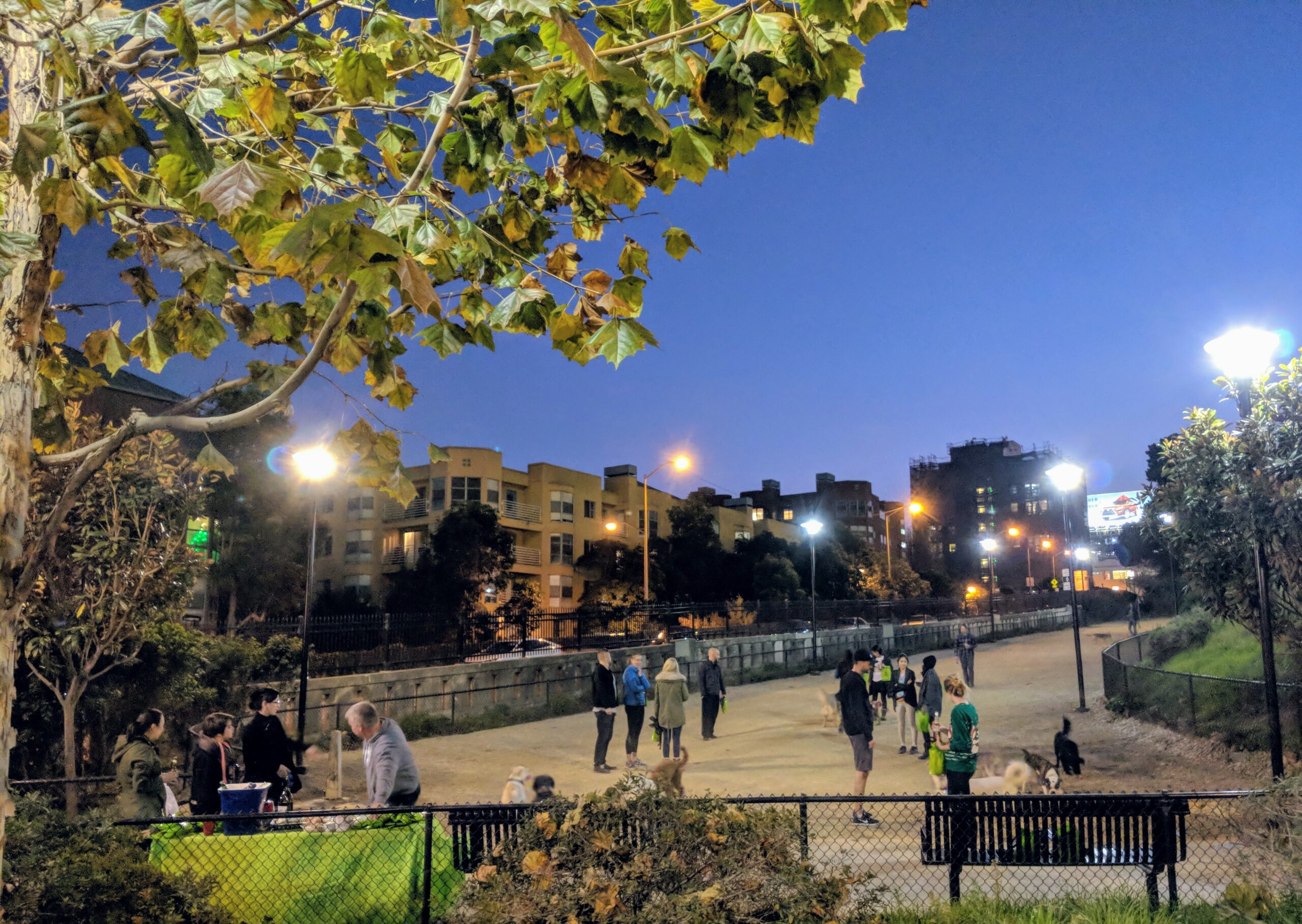