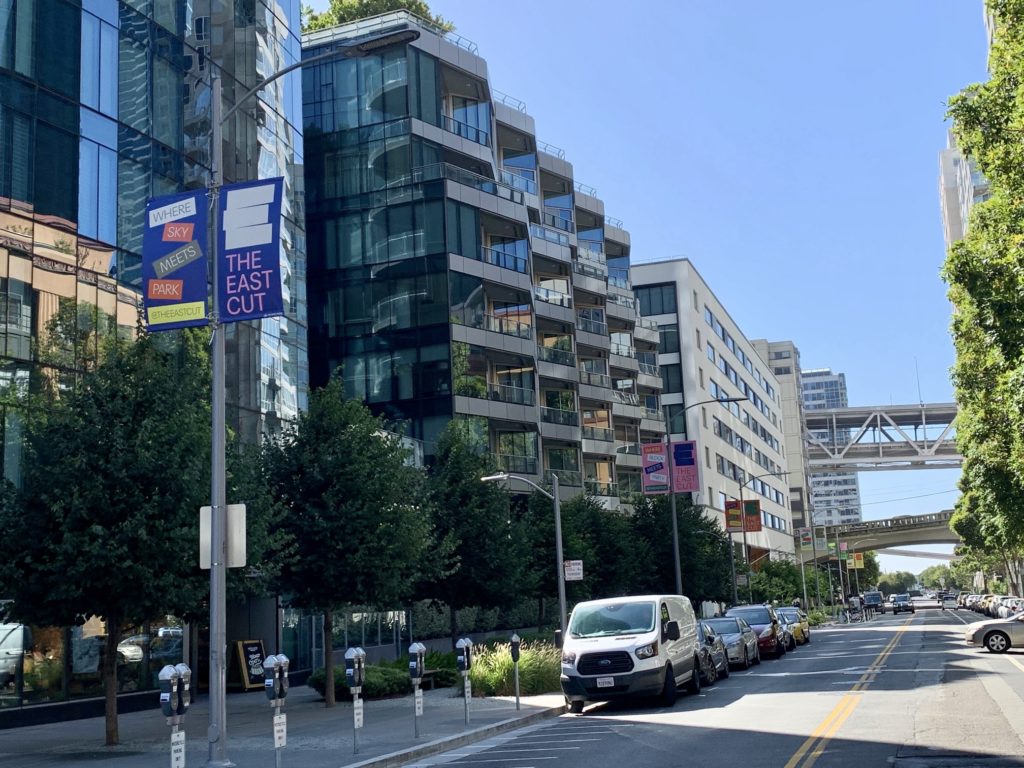 The new campaign features a multi-colored banner design, aimed at celebrating the “best” of what The East Cut has to offer. Six unique messages call out the district’s transit-friendly nature, elevated “sky” park, emerging food scene, and robust public art, among other aspects. Starting on July 6th, the banners can be viewed throughout the neighborhood.