DONATE TODAY TO SAVE THE PARK

JOIN THE EXCLUSIVE PARK PREVIEW TOUR ON MAY 4TH

April 12, 2021:
The East Cut Community Benefit District received over $70,000 in contributions from generous neighbors and community members, thank you so much for this unprecedented effort! The campaign continues and we are now in the process of building partnership structures that will allow the CBD to form a corporate coalition to advance the development of the park and enhance its impact on the community through stewardship and programming.

We are getting close to our Phase 1 goal of $1,200,000 and already have a roadmap to secure another $235,000 in cash by end of June 2022. To which we will “only” need to add another $230,000 that can be committed and paid out later in 2022/2023. Once the cash and commitments are secured, the City will be able to begin the construction documentation of the park, which is a major step and puts the project back on solid tracks!

If you represent a company that is interested in transforming the neighborhood to better support employees adjusting to new hybrid work dynamics, please get in touch with Pierre from The East Cut CBD staff. There are exciting ways corporations can partner with the neighborhood!

Under Ramp Park (temporary project name) is a 2.4-acre park space planned in The East Cut. The park spans four blocks and will connect to a hotel, residences, and six different streets. The park features a large fenced dog run, two multi-sport courts, lawn spaces, an outdoor fitness area, a beer garden, three affordable retail spaces, a two-way cycle lane, and so much more! Whether you live or work in the area, whether or not you have children and pets, this is the park for you. Under Ramp Park is the most connected park in the neighborhood and increases mobility for pedestrians and bicyclists through the neighborhood. 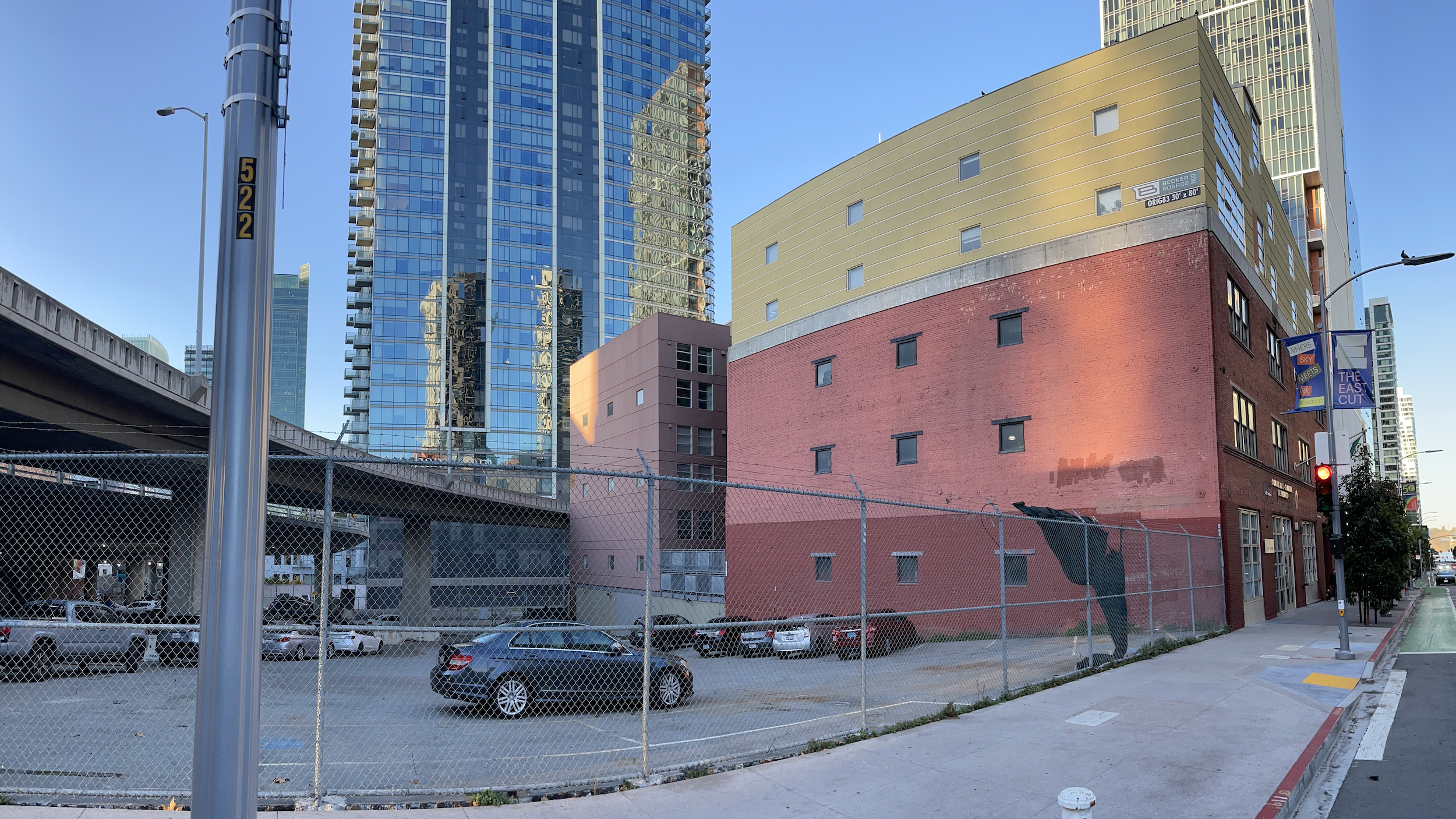 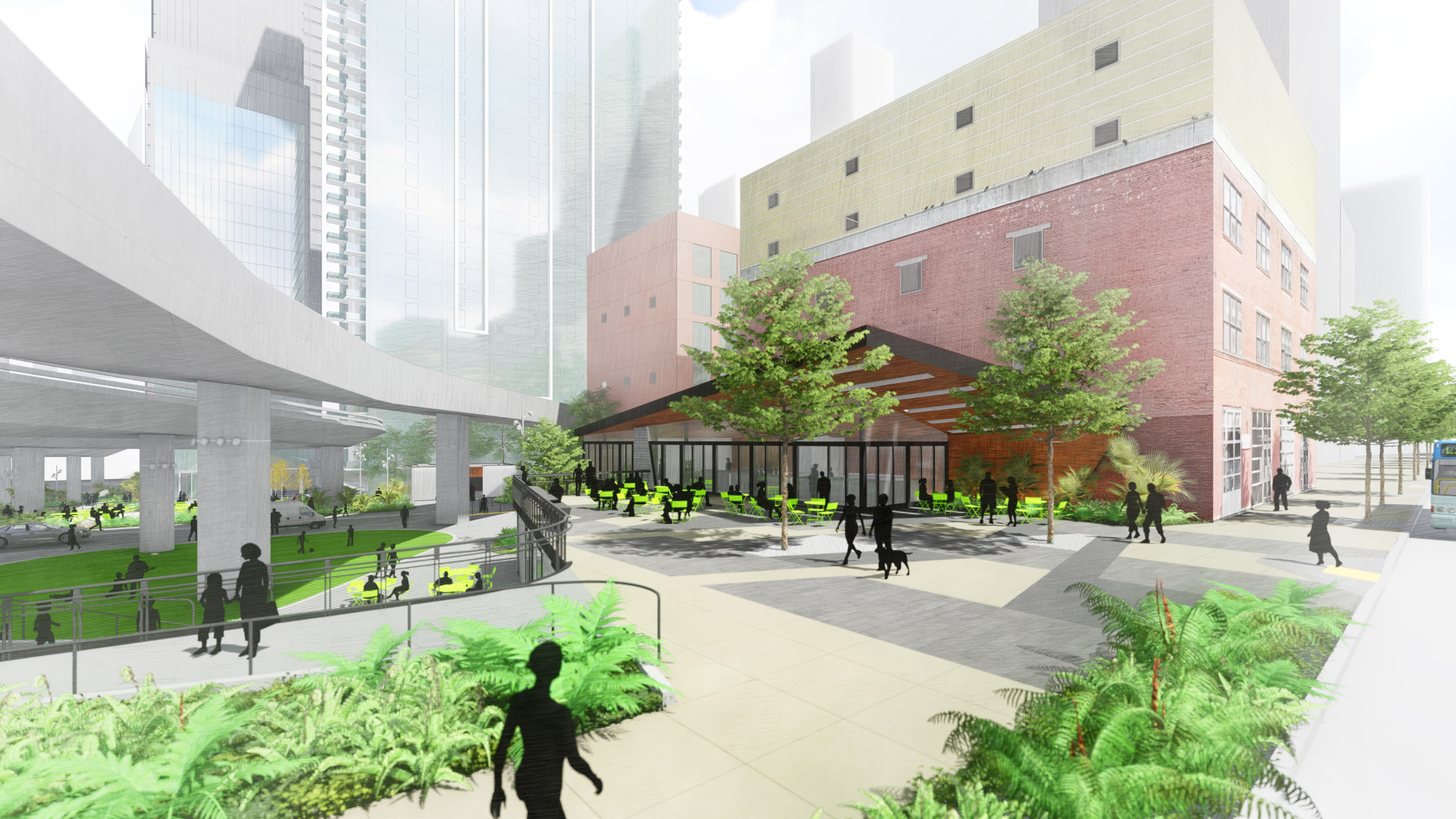 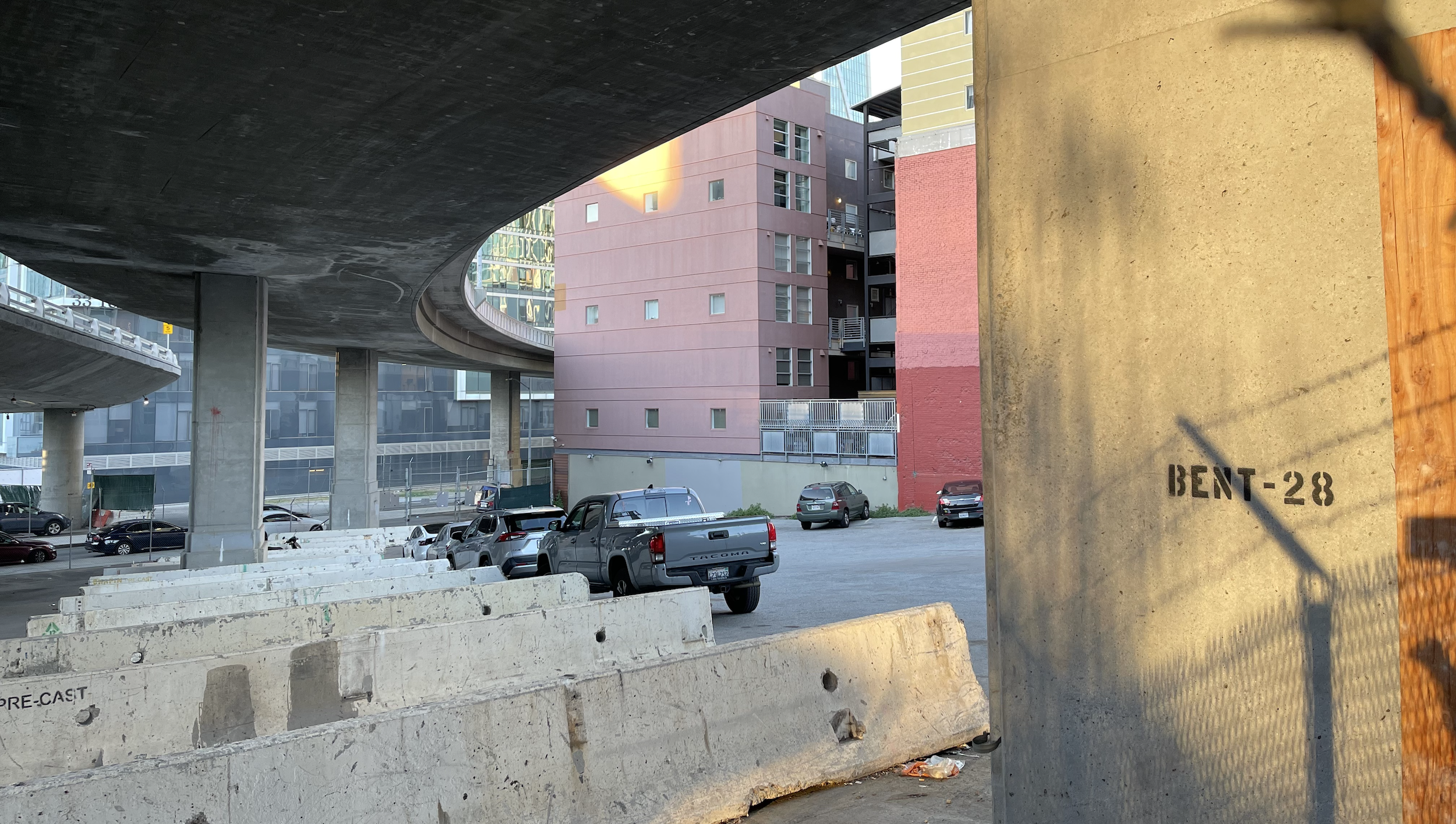 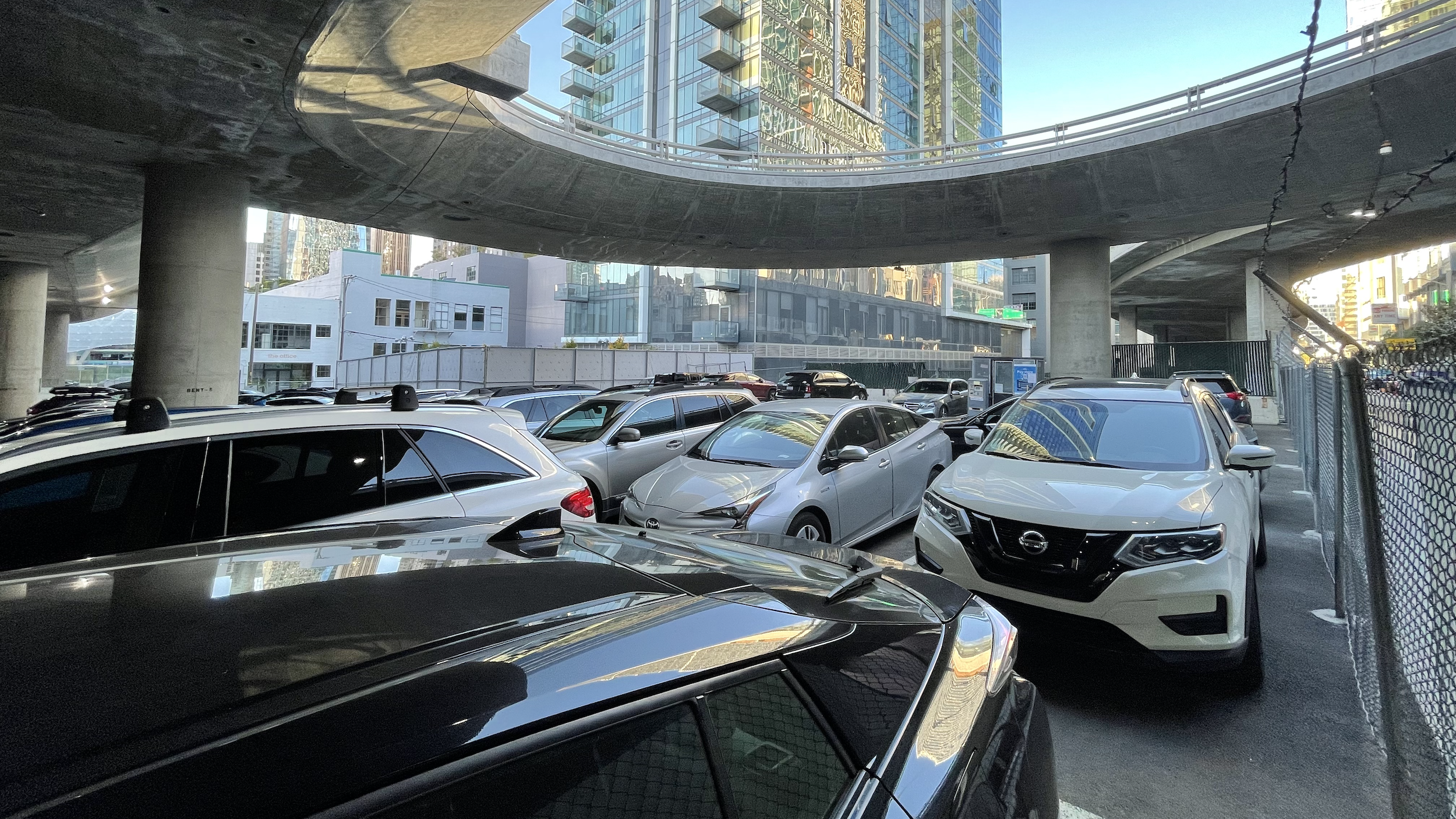 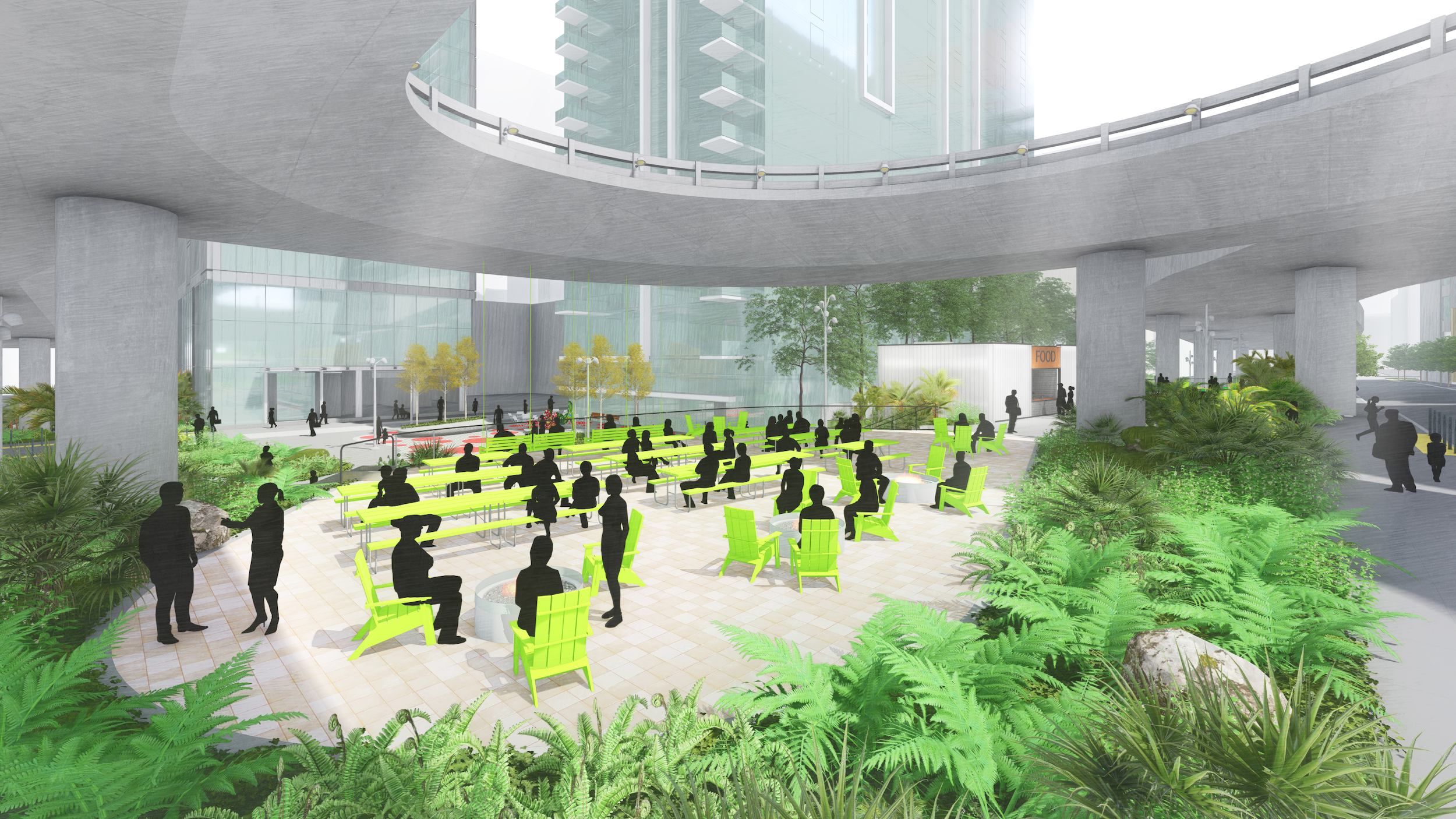 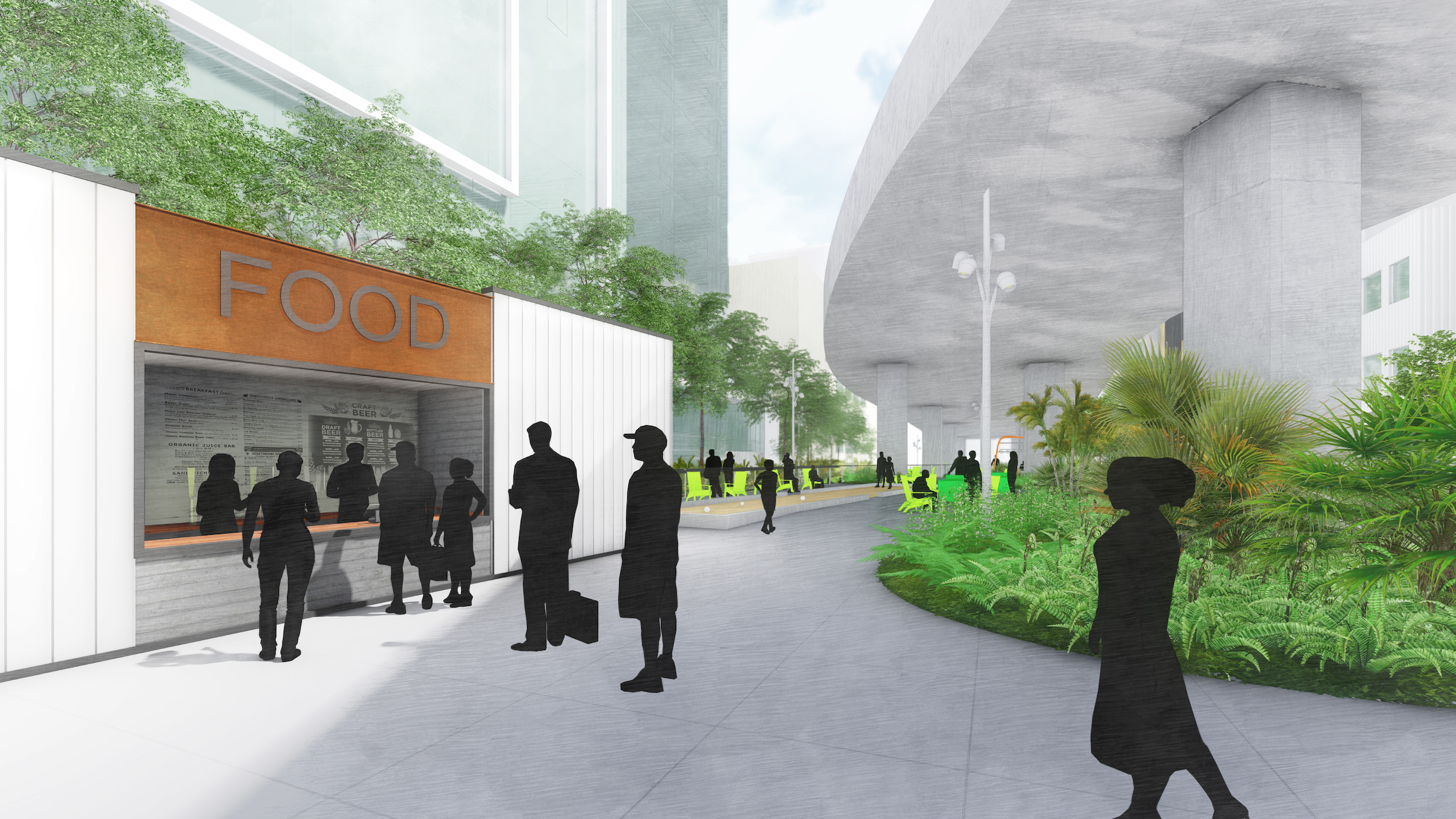 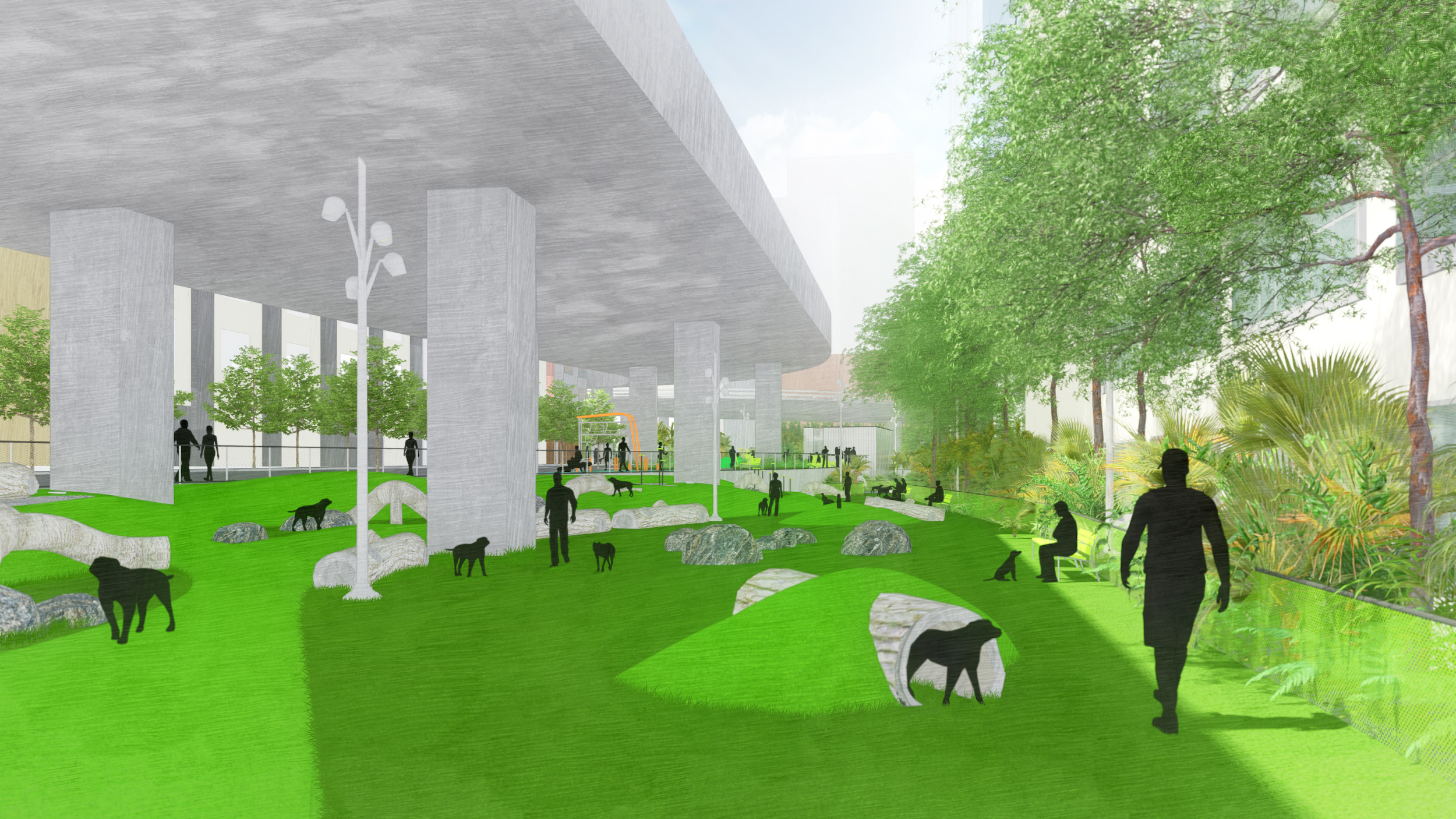 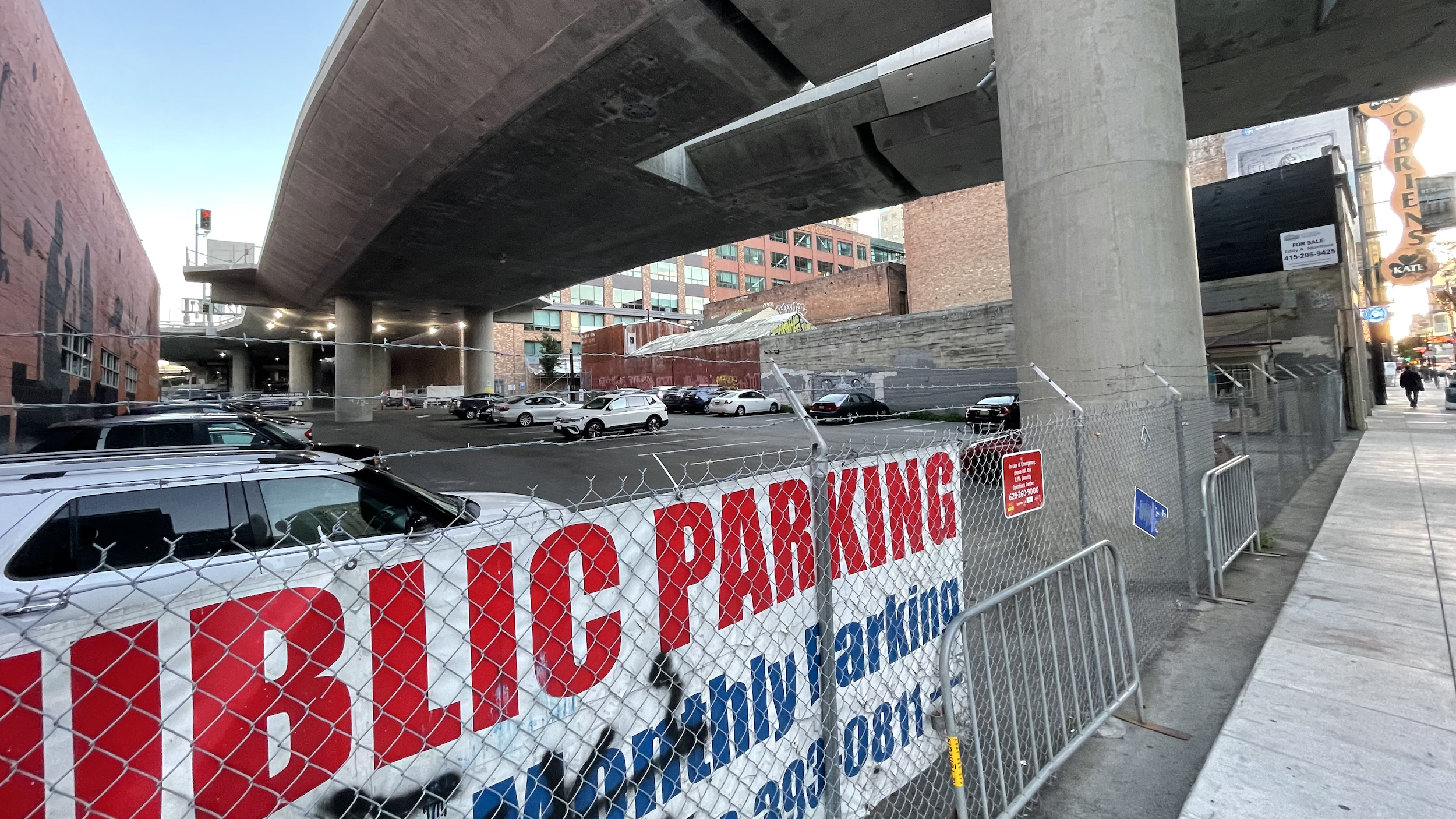 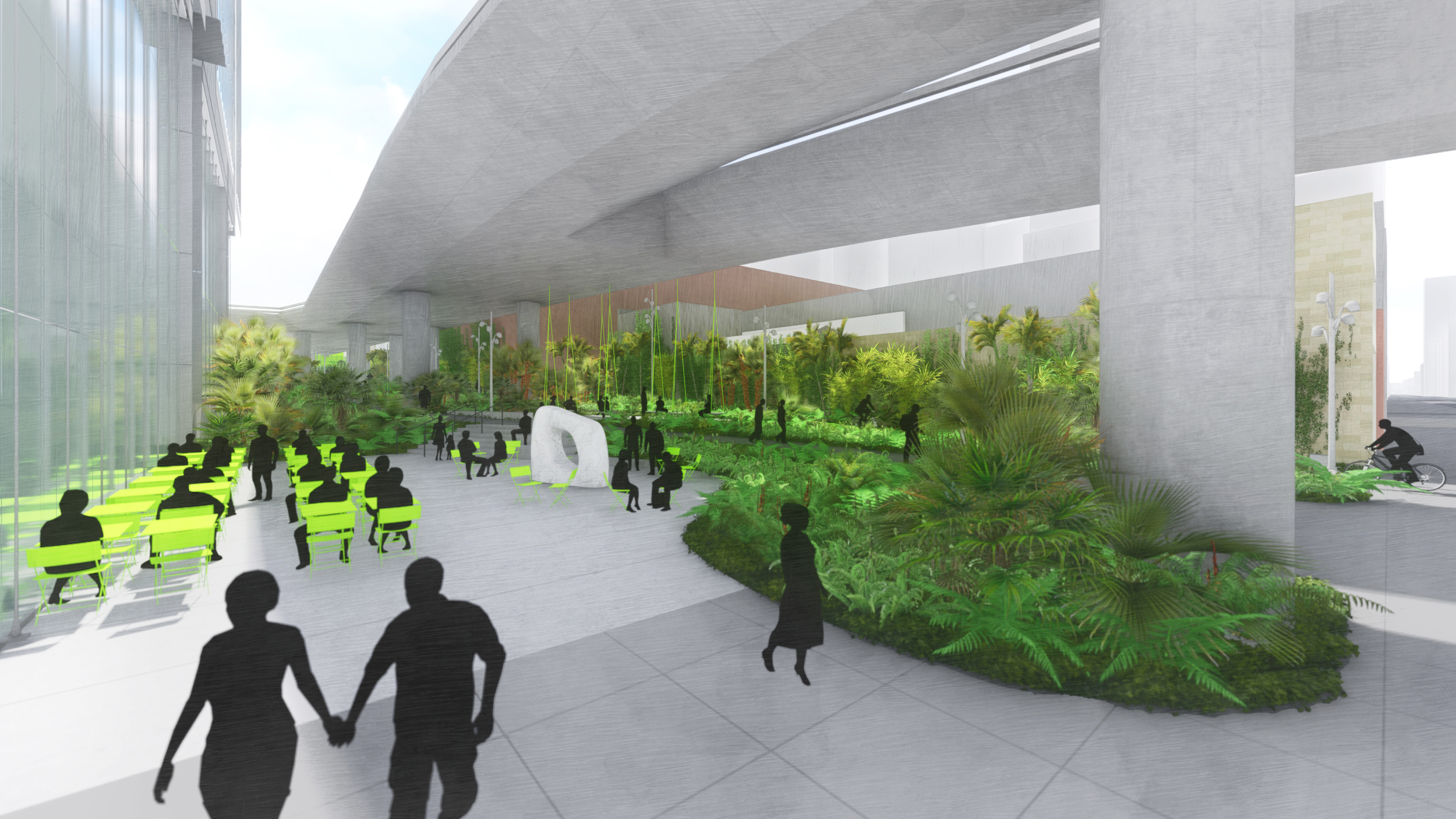 The East Cut Community Benefit District is raising funds to balance Under Ramp Park’s projected Operation and Maintenance budget and enable our public sector partners to begin the development process of Under Ramp Park (including construction).

The budget deficit amounts to $3.5 million for the first five years of operations (or $700,000 per year). After five years, The East Cut Community Benefit District will propose to raise special assessments collected on area property owners to provide a long-term solution to the deficit.

The East Cut CBD must raise $1.2 million to enable City partners to begin the construction documentation. The goal is to raise the money before the end of June 2022, so construction drawings are completed by the end of 2023.

The East Cut CBD must raise a total of $3.5 million to enable City partners to begin the construction of Under Ramp Park. The East Cut CBD has the money set aside, hence guaranteeing the appropriate funding of the park’s operations and maintenance for the first five years.

Many thanks to our early campaign donors, most fervent supporters, and long-time partners:

We also thank community members who are stepping forward early to support this campaign:

Michael C.
Adeyemi A.
Deborah U.
Ruth and Glenn
Chris C.
Roger and Adrienne B.
Nancy and Chris M.

DONATE TODAY TO SAVE THE PARK

December 10, 2021:
The East Cut Community Benefit District launches its largest fundraising initiative to date, to save and build Under Ramp Park, the most important park space in the neighborhood! For the next two years, The East Cut CBD will work to raise funds needed to operate and maintain Under Ramp Park between the years 2025 and 2030. Those funds must be raised and set aside, in order for the City of San Francisco and public sector partners to advance the park development and deliver it by Q3 2025.

The first of two significant milestones is the fundraising of $1.2 million by the end of March 2022. The East Cut CBD already approved releasing $470,000 in reserve funds toward the goal, giving a substantial headstart to our effort.

The first of two significant milestones is the fundraising of $1.2 million by the end of March 2022. The East Cut CBD already approved releasing $470,000 in reserve funds toward the goal, giving a substantial headstart to our effort.

Through December 31, 2021, at midnight, The East Cut CBD Board of Directors will match donations from neighbors, up to $20,000!